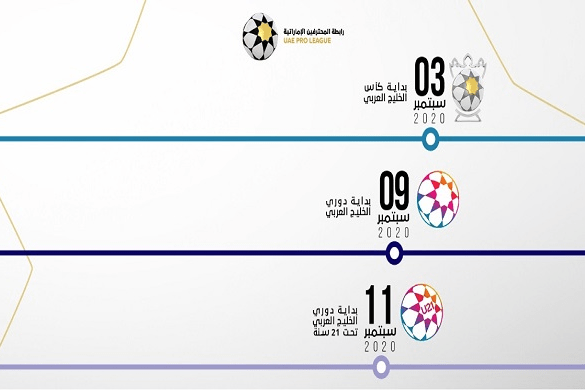 UAE Pro League board member and head of Technical Committee Hassan Taleb Al Marri praised all stakeholders for their cooperation throughout the discussions. “In setting the calendar, we were keen to have matches scheduled on weekends to ensure maximum levels of viewership and attendances,” said Al Marri.

“The calendar also took into consideration preparing players for national team duty by playing three matchweeks in the league ahead of the joint qualifiers in October 2020, and also scheduled two matchweeks in September prior to the AFC Champions League resumption to help our clubs prepare for the competition.

“We are always striving to have a uniform schedule that serves the best interests of our national teams and clubs. We look forward to a successful season, be it technically or in terms of media, marketing and attendances, and with everyone’s efforts, we can deliver that.”