Under the slogan “Thank you, our first line of defence”, the UAE Pro League conducted on Saturday 18th July the 2020-21 Arabian Gulf League and Arabian Gulf Cup draw at the Ministry of Health and Prevention in Dubai.

The draw ceremony saw participation of representatives of the first line of defence institutions including Yaqoub Ahli from the Ministry of Interior, Dr. Abdullah Musa Al Balooshi and nurse Muna Ibrahim Al Hosani from the Ministry of Health and Prevention, Khamis Al Meqbali from Dubai Police, Marwa Al Amoodi from National Ambulance and Abdullah Humaid Al Shamsi from the Civil Defence General Command.

The ceremony started with a speech from Abdulla Naser Al Junaibi, Chairman of the UAE Pro League. “Today, with Allah’s blessing, we conduct the draw for the 2020-21 season, after an exceptional circumstance facing the entire world as a result of the COVID-19 pandemic” said Al Junaibi. “At the beginning, we would like to take this opportunity to express our utmost gratitude to the UAE’s wise leadership for their sound guidance and great efforts in applying precautionary measures to protect the society from the impact of the virus. We are grateful for the wise leadership and their efficient role in the protection of citizens and residents alike.”

The chairman conveyed his thanks His Highness Sheikh Hazza bin Zayed Al Nahyan, Vice Chairman of the Abu Dhabi Executive Council and Honorary President of the UAE Football Federation for his continued support of the football industry in the country, extending gratitude to His Highness Sheikh Mansour bin Zayed Al Nahyan, Deputy Prime Minister and Minister of Presidential Affairs, adding, “Today, we must value all members of our first line of defence, who worked tirelessly day and night to provide top quality health and prevention services to the public, facing the pandemic with unparalleled courage. In recognition of these efforts, we decided to organize this draw ceremony at the Ministry of Health offices to express our pride in the efforts of our medical workforce who have worked and fought hard to bring down the barriers and help restart all activities including sports. Here we are, thanks to the guidance of our wise leadership and the sacrifices of the healthcare sector workers including doctors and nurses, able to resume our football activity.

On this occasion, we thank Sheikh Rashid bin Humaid Al Nuaimi, President of the UAE Football Association for his continued efforts and dedication to the progress of Emirati football to reach the highest levels. We also thank His Excellency Abdulrahman Al Owais, Ministry of Health and Prevention, Chairman of the General Authority of Sports, for his support and for allowing us the opportunity to hold this ceremony at the Ministry of Health offices.

Together, we look forward to an exciting, thrilling season, that quenches fan’s thirst for football and offers an opportunity for them to continue the conversation about stars, secrets and tales of the beautiful game.”

The ceremony continued with a video highlighting the efforts of our first line of defence in combating COVID-19 and their efficient role in ensuring the safety and health of community members, followed by an explanatory video showcasing the principles and mechanisms of the Arabian Gulf League and Cup draw.

The draw started with the Arabian Gulf Cup, with the guests of honour representing Ministry of Interior and Ministry of Health and Prevention. The draw produced an fiery encounter between Al Wahda and Al Wasl in the first round of the Arabian Gulf Cup. Match 2 of the round pits Al Ain against Khorfakkan, while the remaining fixtures in the same stage see Shabab Al Ahli hosts Al Dhafra, Fujairah travel to Ajman, Bani Yas welcome Hatta while Al Jazira are at home against Ittihad Kalba.

Based on the draw principles, 2018-19 Arabian Gulf League champions Sharjah received a bye to the quarter-finals, where they will host the winner of Al Wahda vs Al Wasl match. While the reigning Arabian Gulf Cup winners Al Nasr await the winner between Ajman and Fujairah. The remaining wo quarter-final games see the winner of Al Ain v Khorfakkan lock horns with the winner between Shabab Al Ahli and A Dhafra. While Bani Yas or Hatta will face Al Jazira or Ittihad Kalba.

Next up was the turn of the Arabian Gulf League, with the draw conducted by representatives of Dubai Police, National Ambulance and Civil Defence General Command.

The ceremony, presented by Hessa Al Riyasi, saw representatives of our first line of defence honoured for their efforts in combating COVID-19 and in recognition of their participation in the 2020-21 season draw. 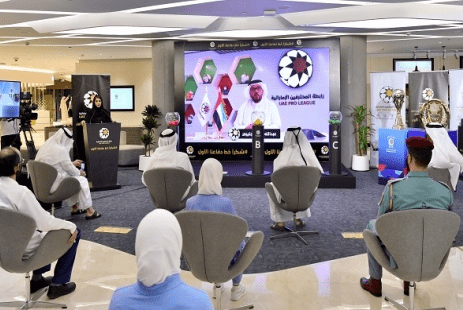 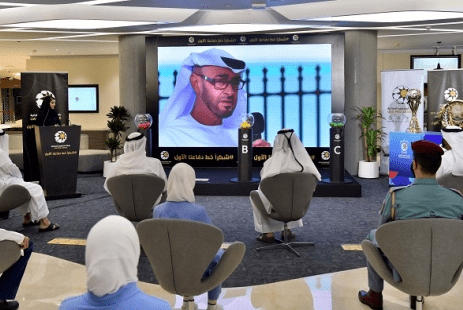 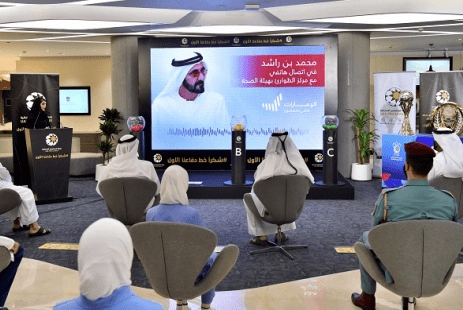 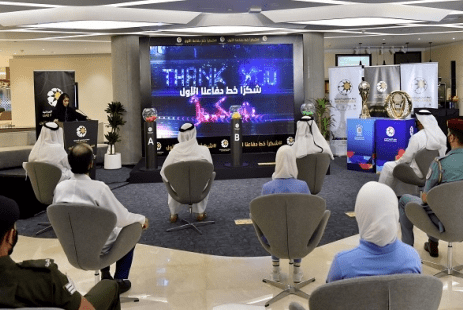 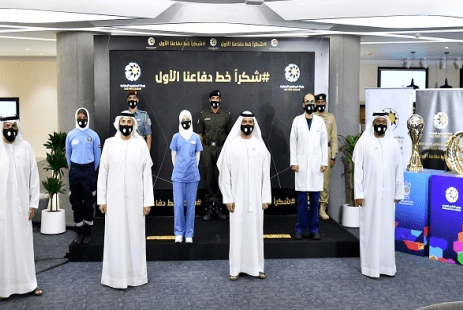 The UAE Pro League announced in coordination with the UAE Football Association, and after a thorough technical and legal study, that resident players...

The first half of the ADNOC Pro League ended with Al Ain retaining the top spot despite suffering their first defeat of the campaign while the four-te...

Al Jazira came from behind to record a dramatic win against Al Wasl in matchweek 13 of the ADNOC Pro League at Mohammed bin Zayed Stadium on Tuesday....